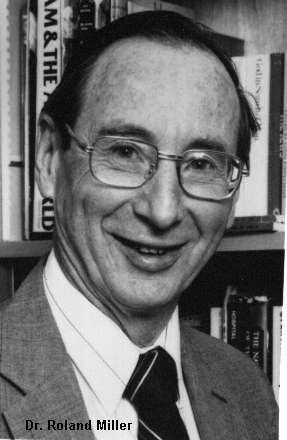 The Malabar Mission Society was formed in 1988 when Rev. Dr. Roland Miller shared his experiences as a 23-year-veteran missionary to India.  Dr. Miller and his wife, Mary Helen, had ministered to the spiritual and physical needs of the people of India from 1953 to 1976.  They knew and loved many of the people, and felt the need for a means of assuring assistance  -- both financial and through prayer -- so the ministry there could continue and grow.

At the time the Society was organized, Dr. Miller was Professor of Islam and World Religions and Academic Dean at Luther College, University of Regina and, initially, it was Regina residents who helped organize and publicize the Society.

The Society now has members throughout Canada and in many of the American states -- ordinary people who believe in Jesus as the One who saved us FROM something (sin, condemnation, eternal death), and also FOR something (to serve Him by finding ways of sharing His love by what we say and by what we do.)  The FROM and FOR are not options.  The MMS is one opportunity to spread the Good News about a Redeemer who takes away the sin of the world.

Of special interest to members of the MMS is that part of India called the Malabar Coast.  "Malabar Coast" refers to the southern part of the western coast of India from Panjim, Goa to Cape Comorin, and includes most of Kerala state.  This state is one of the most heavily populated areas in the world: about 1, 200 people/square mile.  The state, a little over 800 Km (500 mi.) from north to south, is never much more than 100 Km (60 mi.) wide. The people speak Malayalam.

WHERE DO THE "RUPEES" GO?

First of all, there are not enough of them!  Some of the projects which the Malabar Mission Society supports: